These are fake video testimonials created for BlueChew. Actors paid to lie. Below we will show their acting profiles and how they offer their acting skills for hire. BlueChew uses these videos on their main website BlueChew.com and their affiliated site MyBlueDiscount.com. 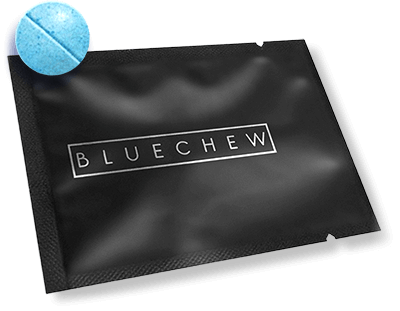 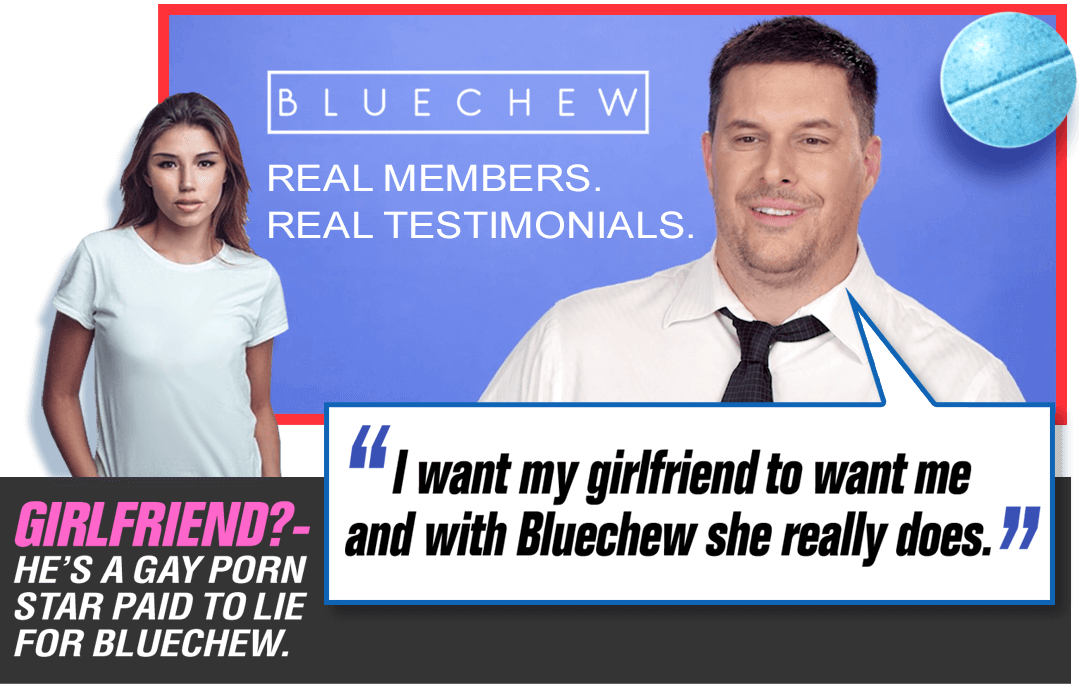 All of the men prominently featured in the "Real Members — Real Reviews" video on the home page of the BlueChew.com are not real customers. They are PAID actors. It's all fake. The video has been seen by millions of consumers who have all been defrauded by this scam.

What makes this massive consumer fraud extremely serious is that we are not talking about selling washing machines, plumbing services, pillows, or some other consumer good — but prescription medication being prescribed to men all over the country by a medical doctor. And it turns out that the medical doctor, Dr. Alex Jovanovich, has been knowingly and intentionally defrauding the public for his own financial benefit. 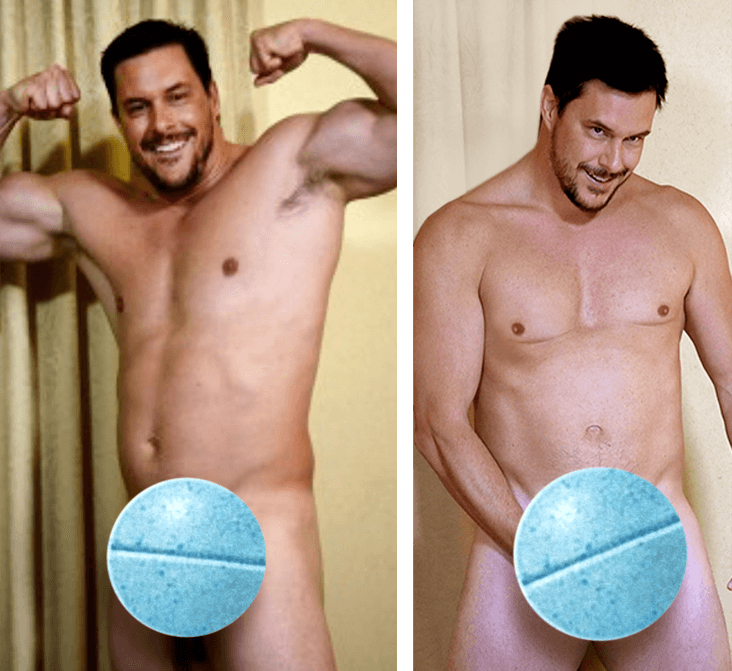 Medical doctors are supposed to be the most honest and trustworthy members of the community. They deal with your health. Not the case here. Dr. Alex Jovanovich is intentionally lying to consumers in an effort to sell them prescription medications. Literally consumer fraud to put money in his pocket as a result of selling prescription drugs under false pretenses.

Everything about the BlueChew business seems to be fraudulent — and their advertising lies are just another example.

Mitchell is a 6’ 2” 220-pound boxer who makes ends meet by stripping. Watch him box buck naked before he gets down to jerking his dick for your pleasure and his. He’s exactly the big butch type of a man that I love so much. He was told about The Guy Site by a patron at the strip club where he works. I’d like to thank that man for sending him my way. I don’t know who you are but keep them coming! 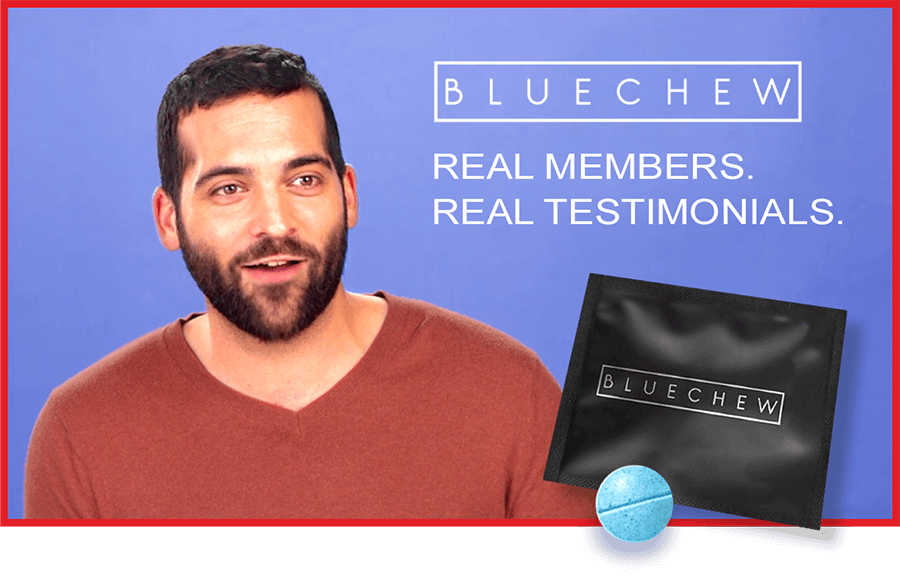 He’s NOT a customer, he was PAID to lie about BlueChew! 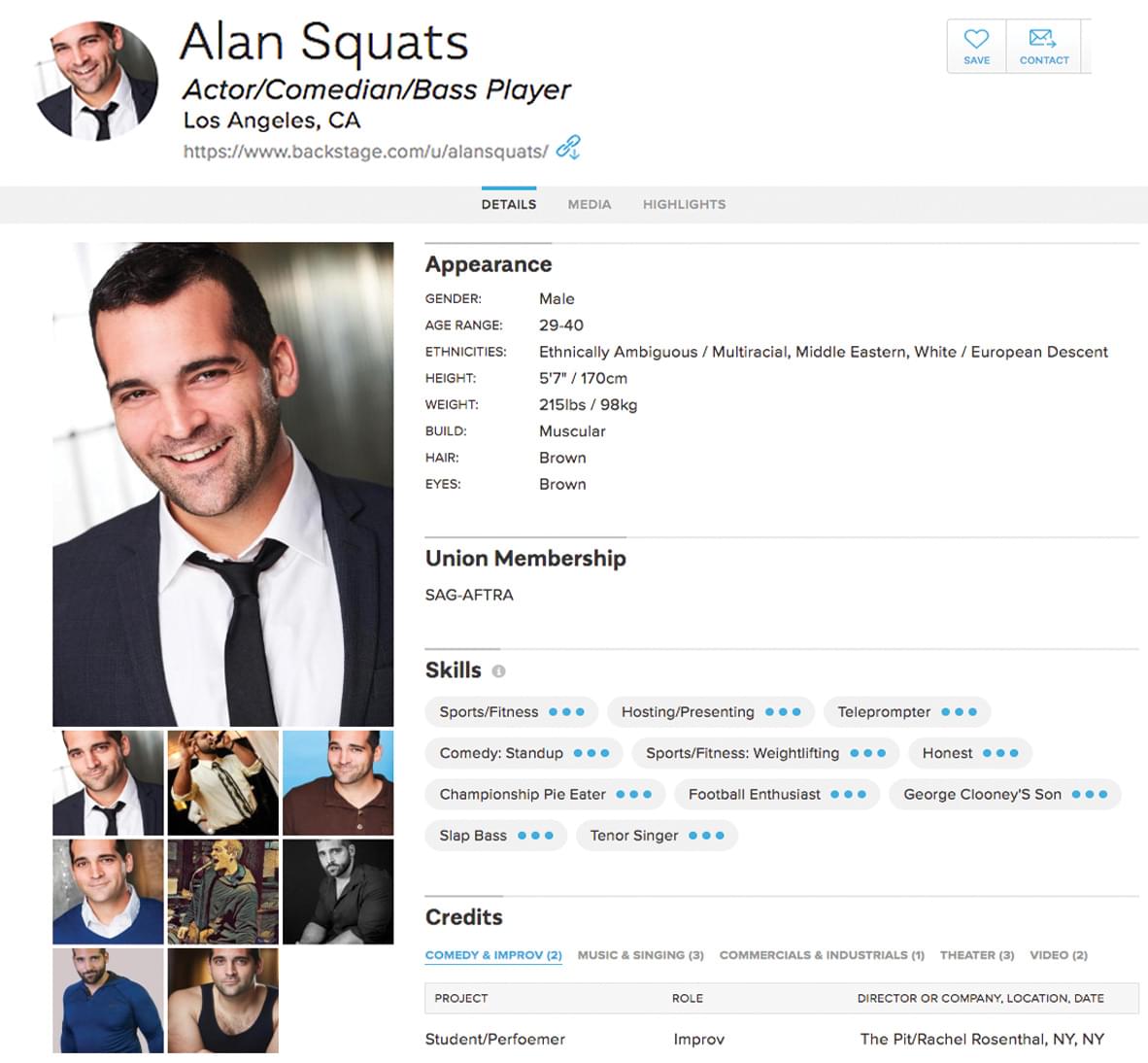 Actor Stephen Kennedy was paid to say he has E.D. which is a medical condition like Alzheimer’s and that BlueChew works better than Viagra — remember, Viagra is a medication. 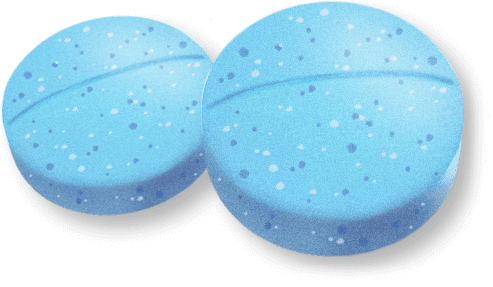 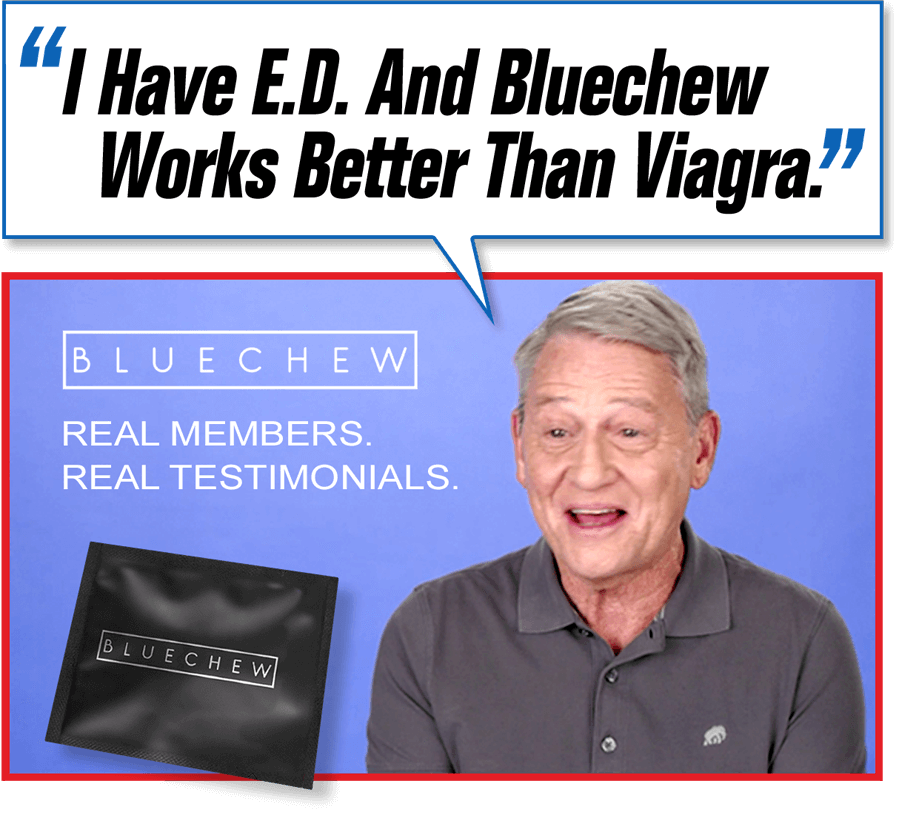 Stephen Kennedy is a professional actor and model.
More Advertising Fraud from BlueChew 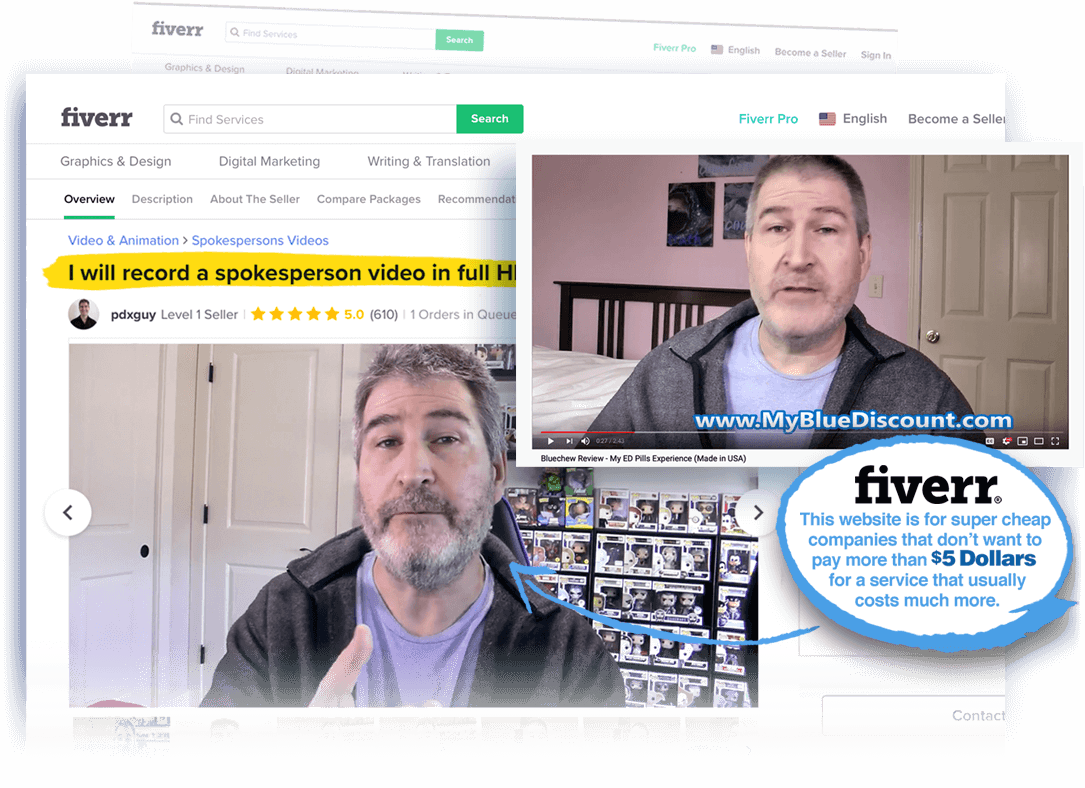 Here is another fake video testimonial for BlueChew. Once again this guy is an actor paid to lie. Look at his profile on the website Fiverr — he says he will do videos for only $60. The video is on the BlueChew affiliated site MyBlueDiscount.com. More fraud.

The pill isn't really chewable at all, and when you do manage to crunch it, the taste is hideous. The worst part is that a placebo would probably word better, as I noticed no effect what so ever. Well, other than a stuffy nose and an aching back. I wouldn't recommend this even to an enemy.

It did not work for me. I have bought from overseas and Rx in the USA and always works somewhat. Their dosage is too low compared to others. You would probably get better results if you took four or more, but then the price is way too high.

Taste gross, not enough active ingredient to work. Need to take 5 tabs to work, at that point, it is too much money. Ugh, and another subscription service that was hard to cancel. I'll pass and stick to the real thing.

Took advantage of coupon offer for a free trial. Ordering and setting up an account was easy. The product arrived in a timely manner (chewable tadalafil), but alas, the product did NOT work, even after doubling the dosage.

This stuff tastes so bad, you want to puke the moment you put it in your mouth. It is going back as far as I am concerned. I don't know how anyone gets it past their lips, it's that bad. Not for me...

Above are some real reviews from BlueChew customers. These are people who BlueChew couldn’t pay to lie for them. 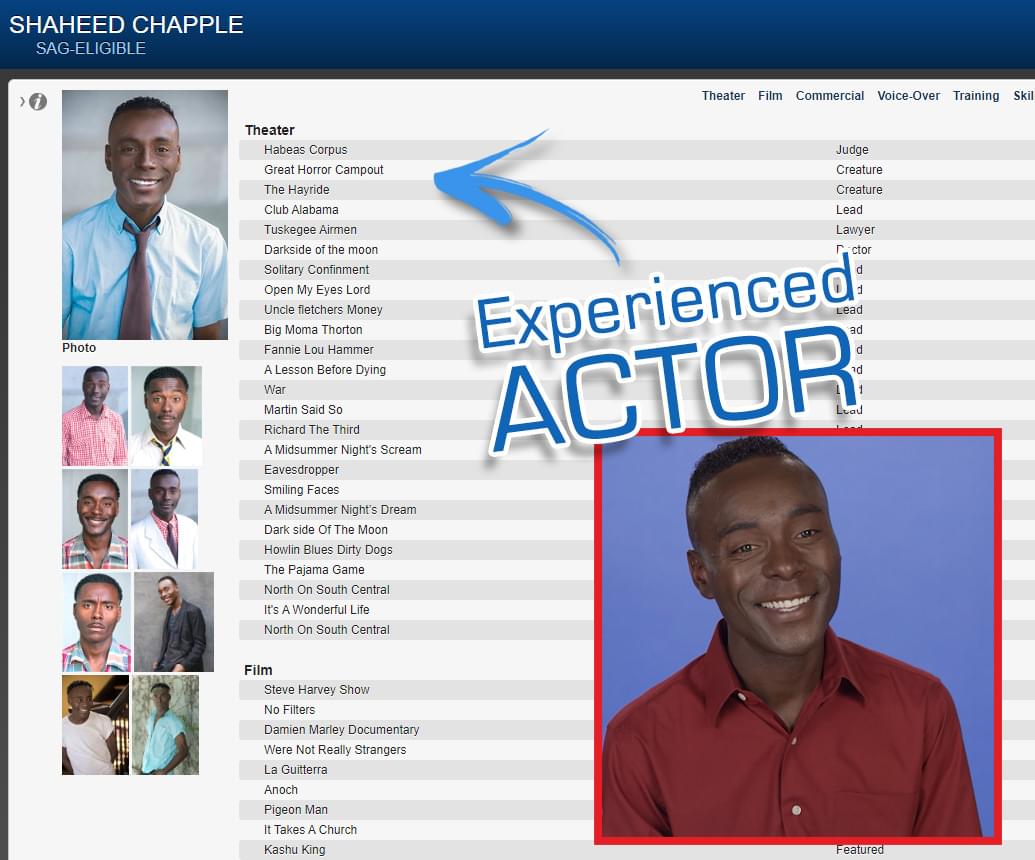 He's an experienced Theater & Film Actor!
Exposed by Legit Script!! No Certificate for This Sham!

Legit Script, the gold standard for certification of online websites in the pharmaceutical industry won't even accredit these guys! Why not? They must know what a massive scam it is to mass-produce a compounded prescription drug! The whole intention of compounding drugs it to provide individualized care for a specific patient, but not Dr. Alex Jovanovich — he's is giving everyone the exact same thing — such a scam! 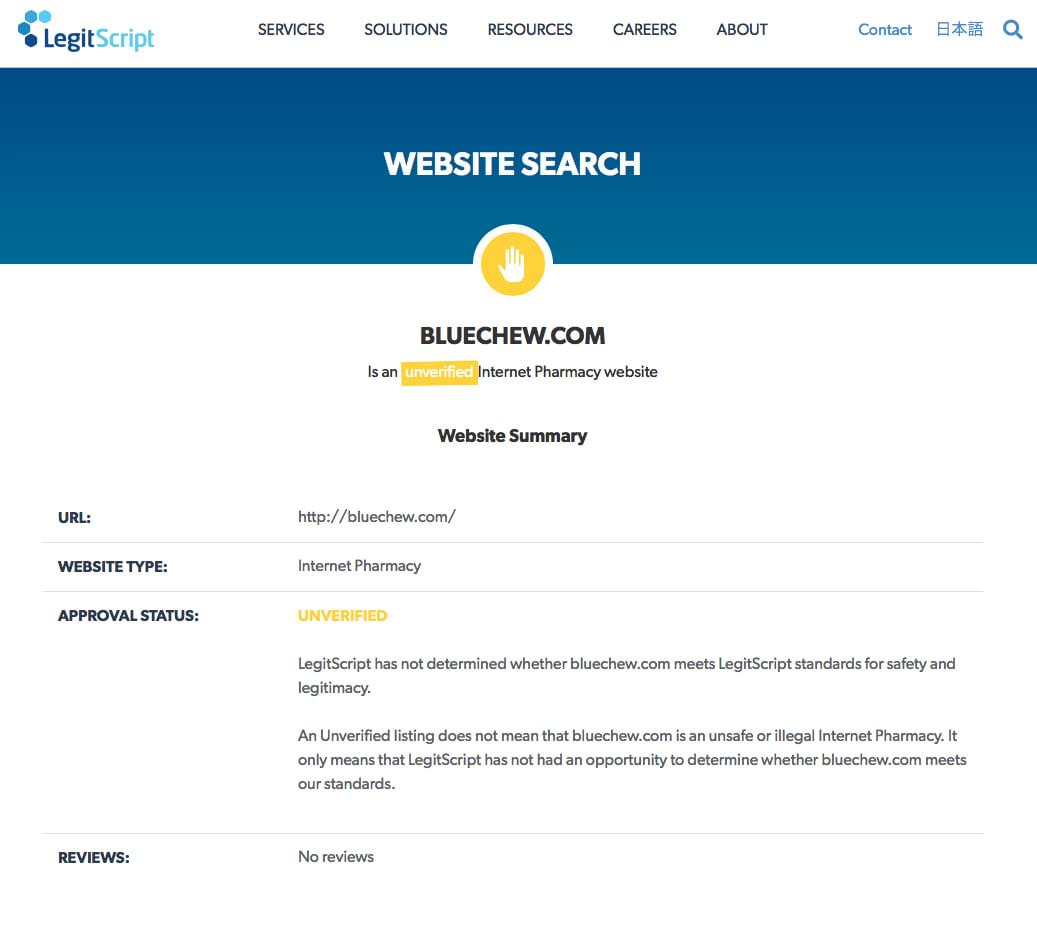 Caught Again! This Guy Will Say Anything for Money 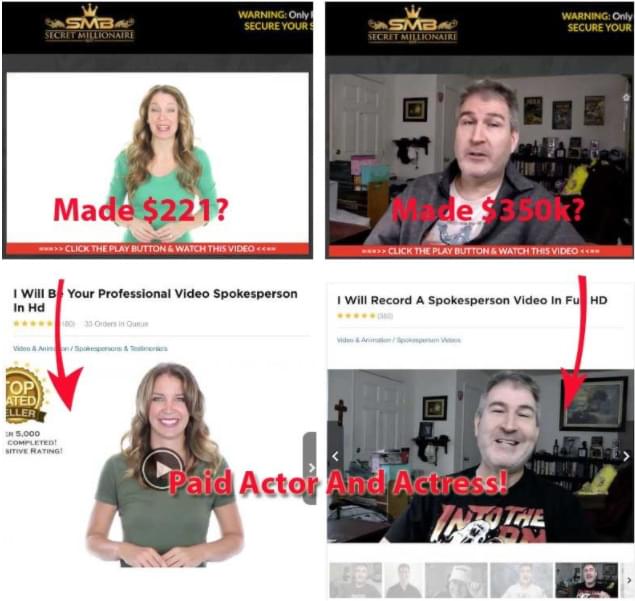 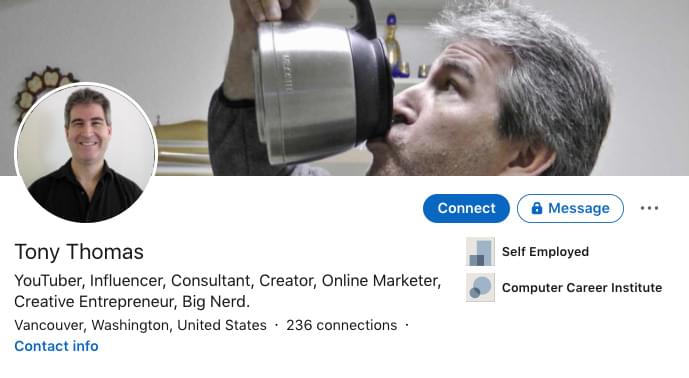 Meet Tony Thomas. He Lies About BlueChew and He Lies Saying He Made $350,000 on some get-rich-quick scheme. What a scumbag. BlueChew!!! 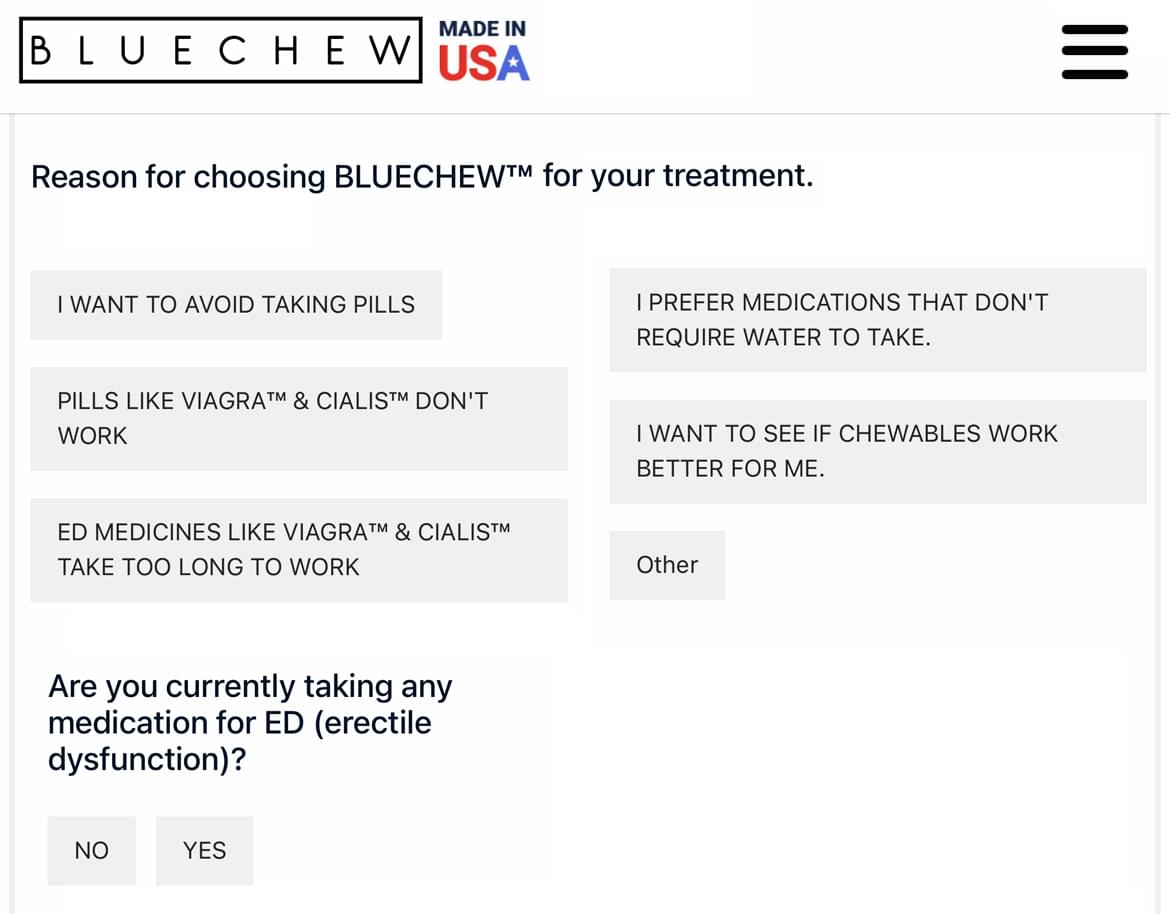 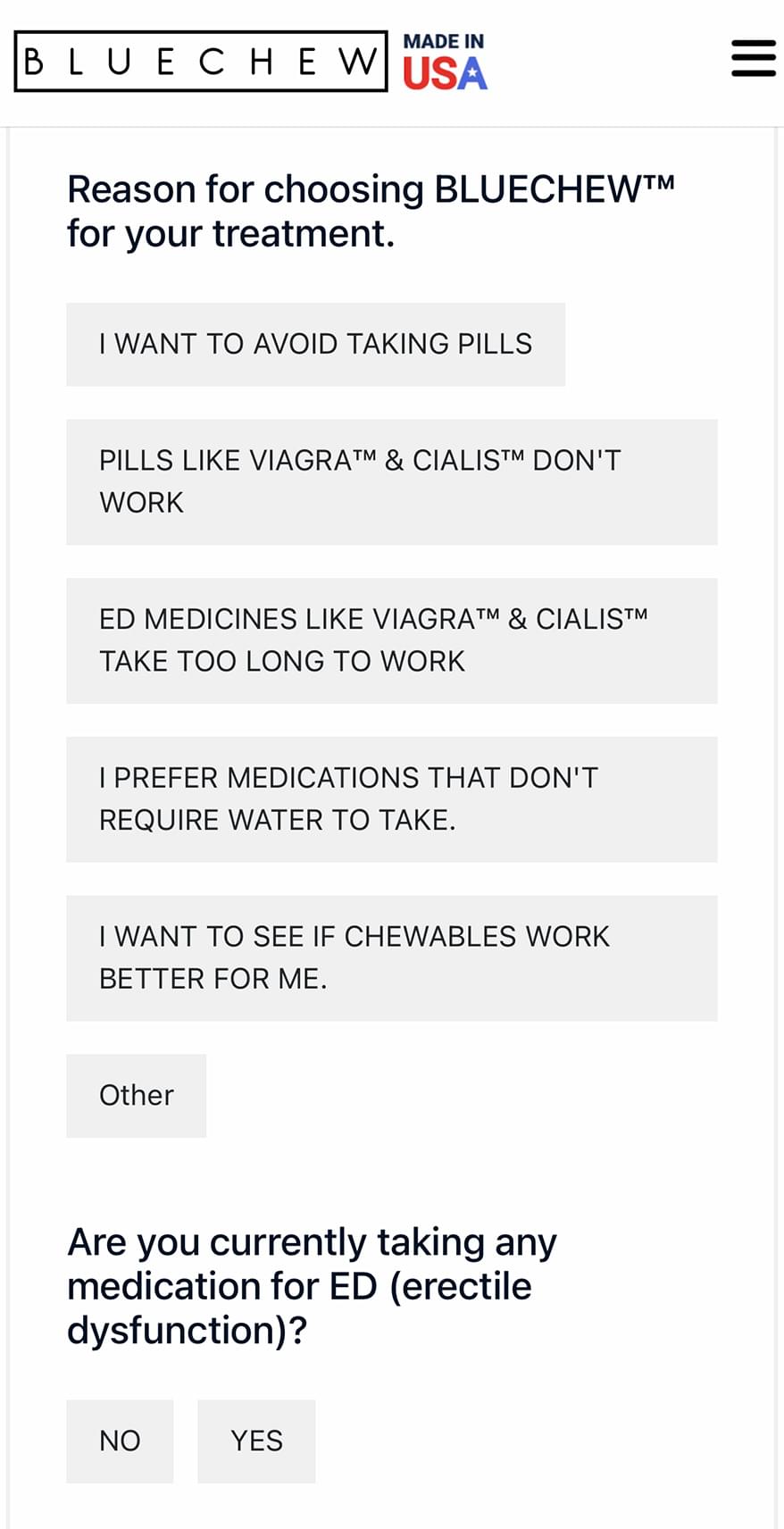 Here are the questions they now ask on their questionnaire. This is a preposterous attempt to cover themselves and appear like they are legit. Changing the question alone is an admission they are running a scam — why else would they change the questions! 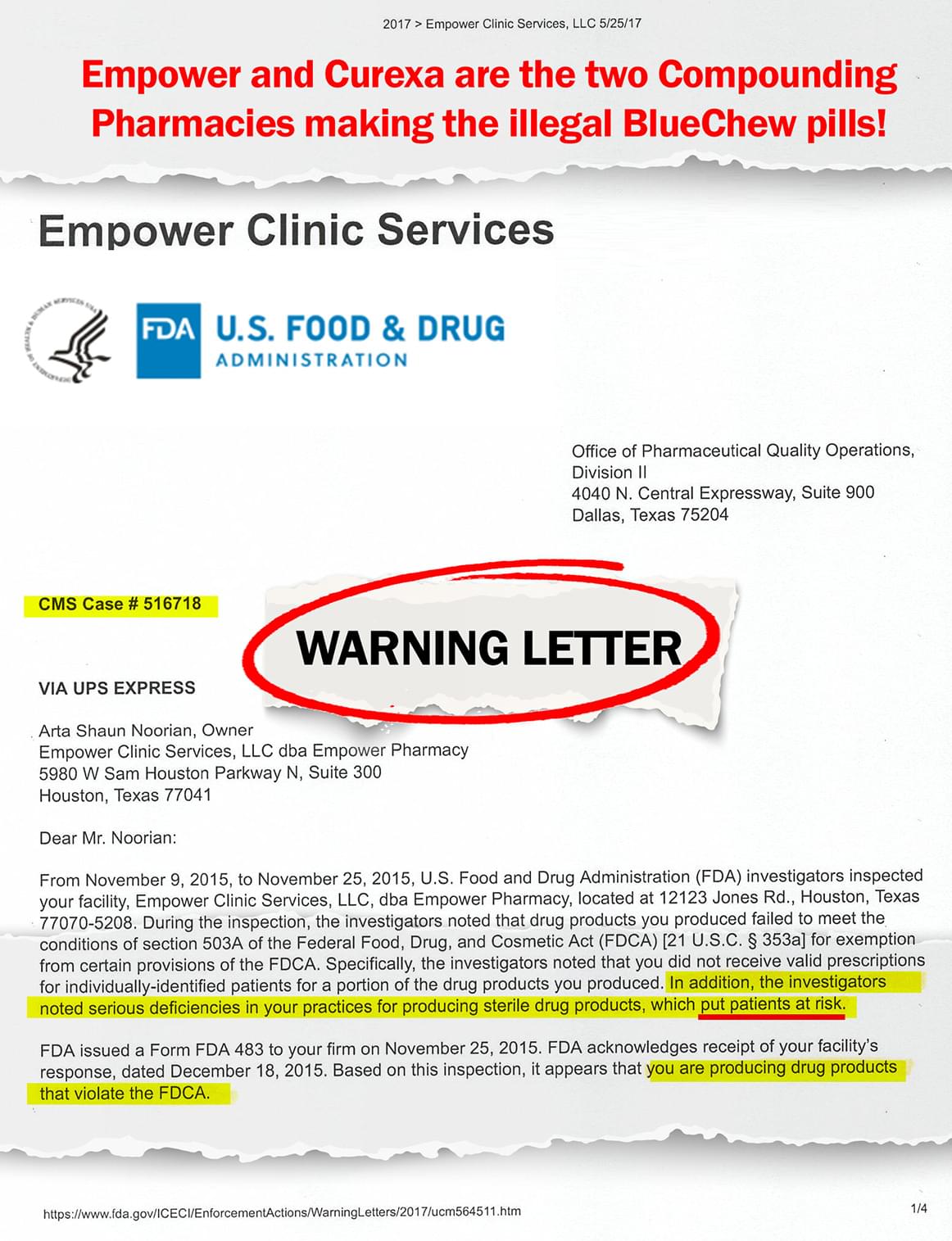 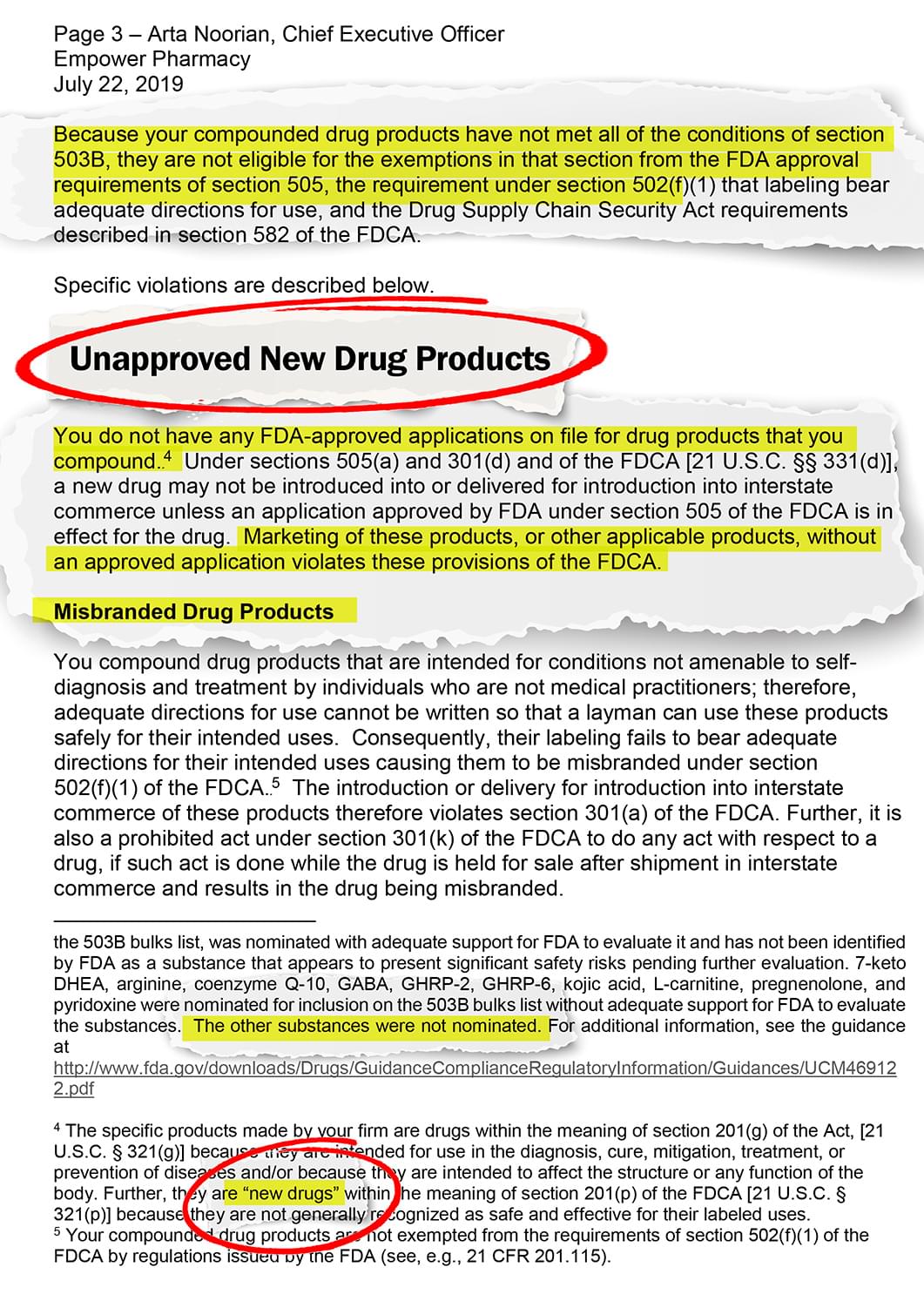 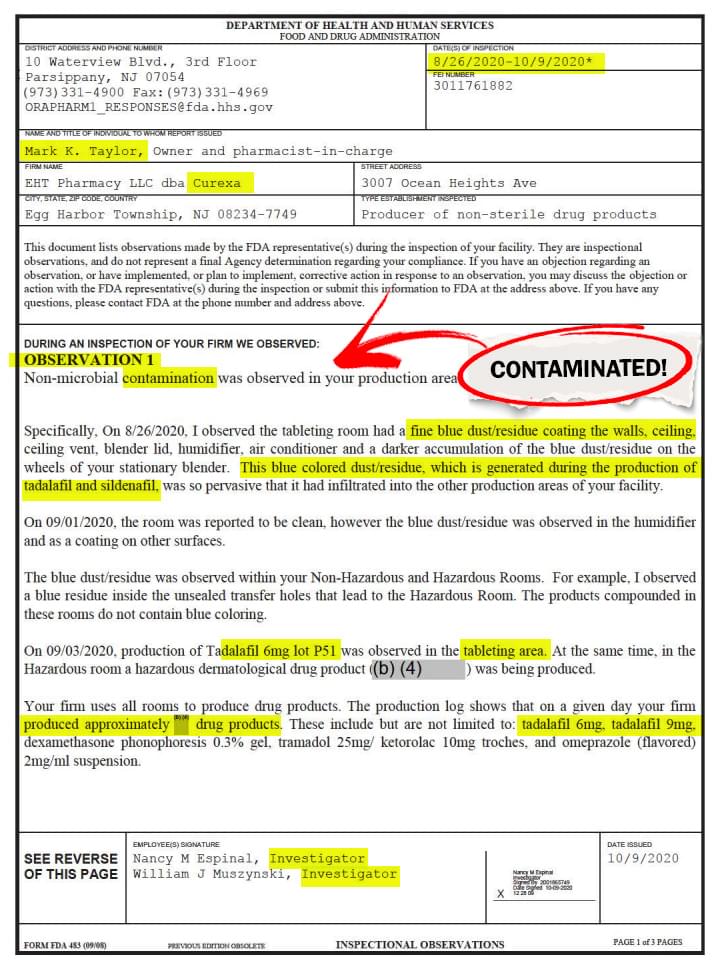 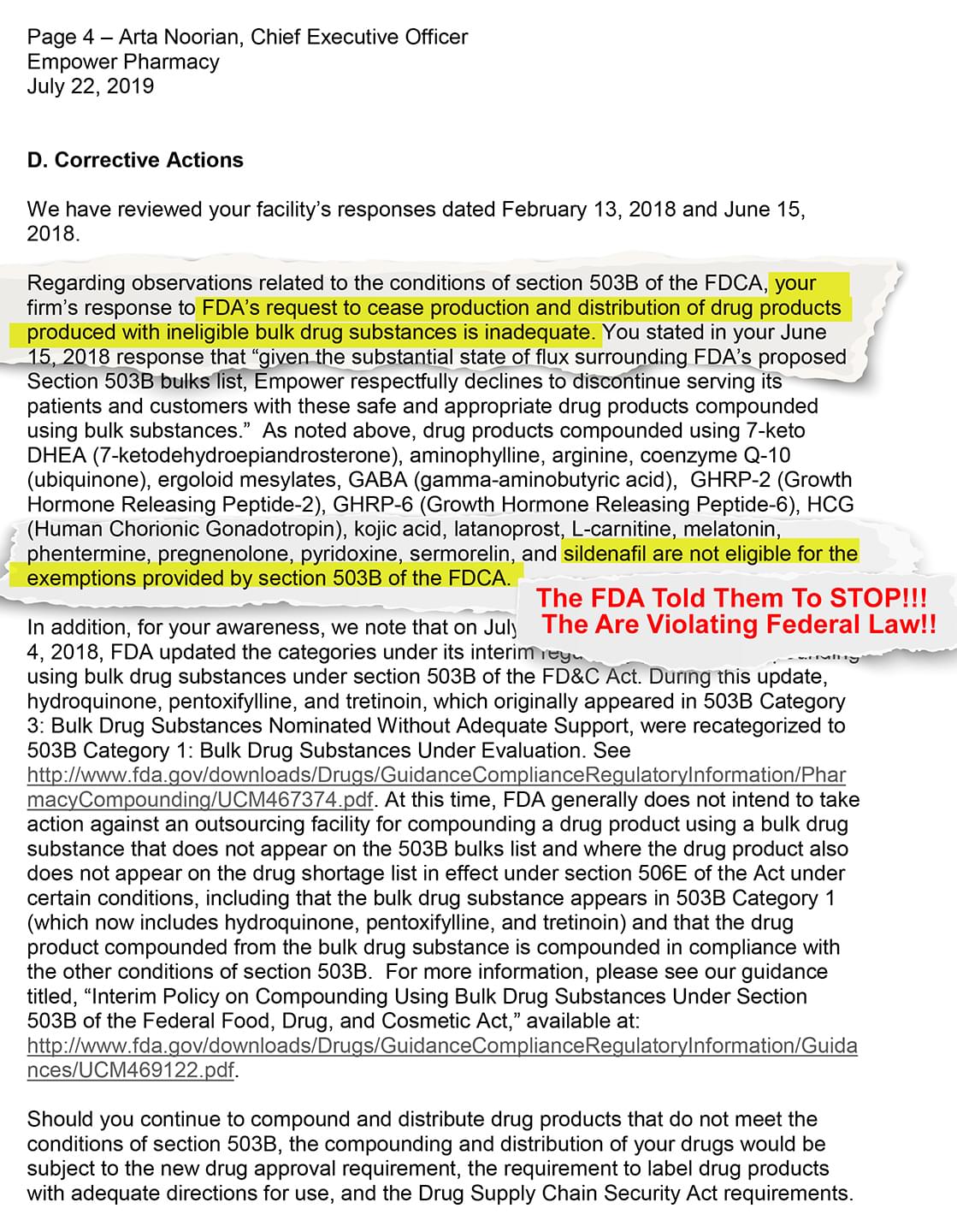